Libraries store the energy that fuels the imagination - Sidney Sheldon

How do I find a book?

Here is where you can look to see if we have a physical copy of a book.

Don't forget we can do inter-library loans.
Email Mrs. Fraser.

SORA is a digital Library platform where you can borrow ebooks and audiobooks.

It also allows you to connect with your local Public Library. 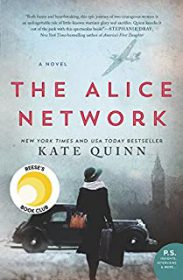 Set in 1947, The Alice Network is the story of Charlie St. Clair, an American socialite who comes to Europe searching for her cousin Rose, who disappeared during the Second World War. Starting her search in London, Charlie meets Eve, a cantankerous woman who spends her days drinking to forget the past. With Eve's help, Charlie begins her search for Rose while slowly uncovering Eve's contributions to The Alice Network, a group of female spies working in France during World War I.
Reasons I liked it:
I loved the characters, who are virtually all strong, independent women.
There is an element of mystery to the novel as the reader uncovers details about Eve's contributions during the WWI.
There are many elements of the novel that are based on real people and events, which I find fascinating. 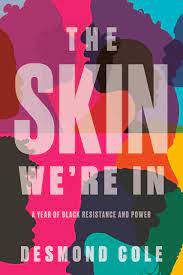 The story of a year in the life of Black activist, author, and journalist Desmond Cole.
A good antidote to anyone who looks at America and says "We're so lucky to live in Canada". Desmond's book tells the story of the victims of police brutality and systemic racism in Canada and shines a light on the ways in which we are not living up to the myths we tell about ourselves. 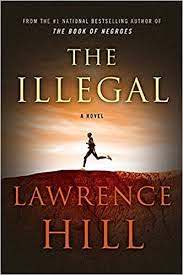 In as much as I love to read and enjoy stories, I also love sports. Rarely, do I find “sports novels” any good, though. But in The Illegal, I found a complex story that integrates the elements of a competitive marathoner with the gripping plot of a mystery novel. In this story, we follow Keita Ali and his ambition to run, live-free, and save his family. 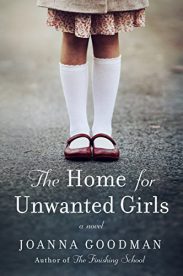 The Home for Unwanted Girls by Joanna Goodman starts in the 1950s in rural Quebec, with strained relations between the French and English.  The main character, Maggie is from an English family and her parents do not approve of her love interest - a poor French boy from the next farm.  When Maggie becomes pregnant at the age of 15, her parents force her to give up her baby for adoption.
Her daughter, Elodie, is raised is the orphanage system in Quebec at a time when many orphanages were becoming psychiatric institutions in order to receive more government funding.  Many of the orphans were deemed mentally ill.  Despite the challenges she faces in the psychiatric hospital,  Elodie finds her way to a new and better life,   All the while, Maggie cannot forget the daughter that she was forced to give up.   As the story unfolds, the lives of mother and daughter intertwine.
Through true history of Quebec orphanages during this time and a cast of complex and interesting characters, this book was a great read.