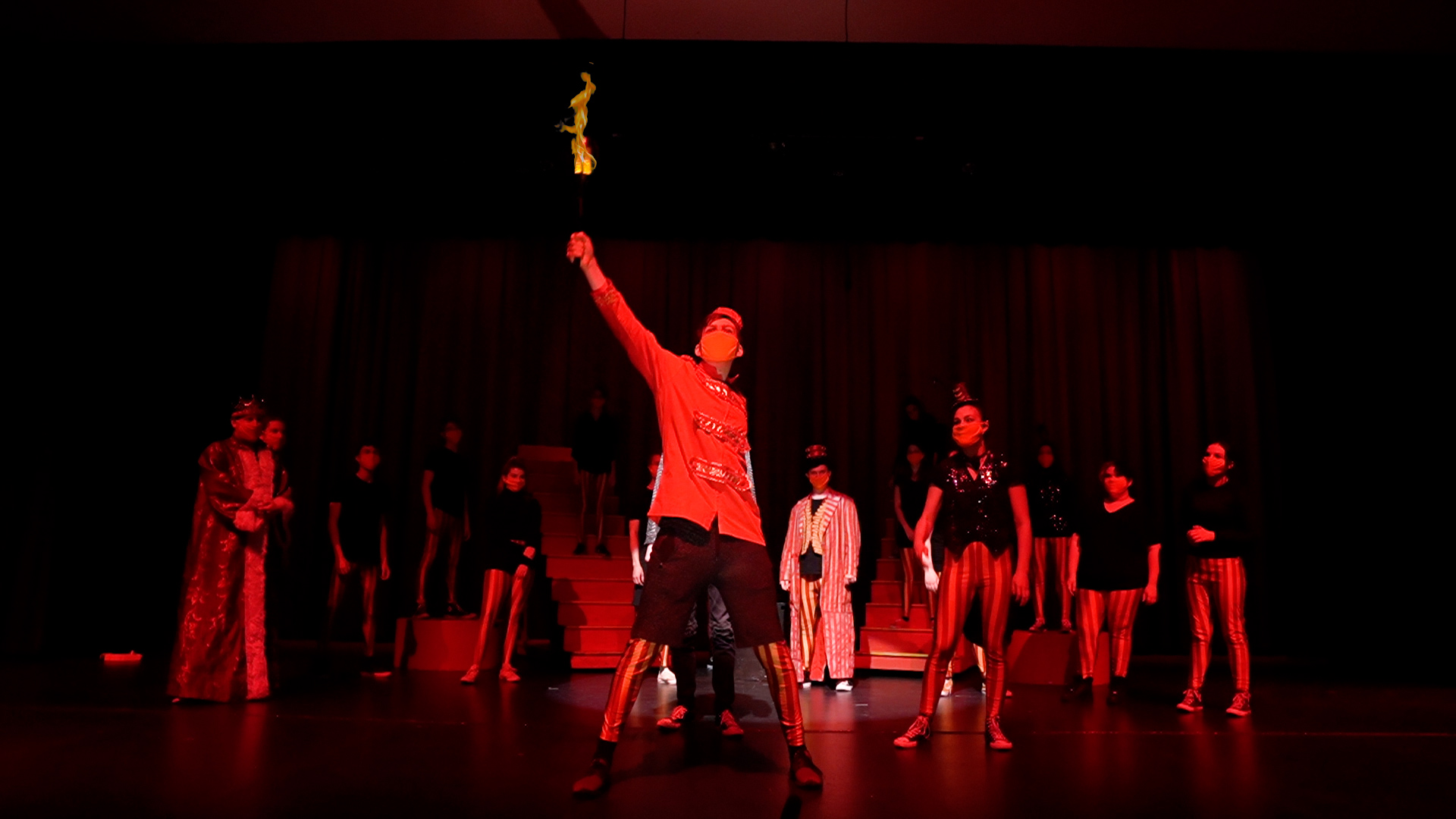 While students could not perform in front of a live audience due to COVID-19 restrictions, the production took a creative twist with a pre-recorded screening. Rehearsals and the production itself took place earlier this school year before the shift to virtual learning.

“I was so excited to get back at it because it had been one full year without doing any form of theatre,” said Megan Byrne, who portrayed Catherine. “I was just itching to get back out and do some form of art, I didn’t even care what I was doing just as long as I got to act again.

“It was different in the sense that with masks, you kind of had to learn how to just express with just the top half just using your eyes, and really making that evident,” she said.

Byrne noted it was a challenge to not physically interact with other actors, but they all were able to adjust to connect in order to make the production perfect. 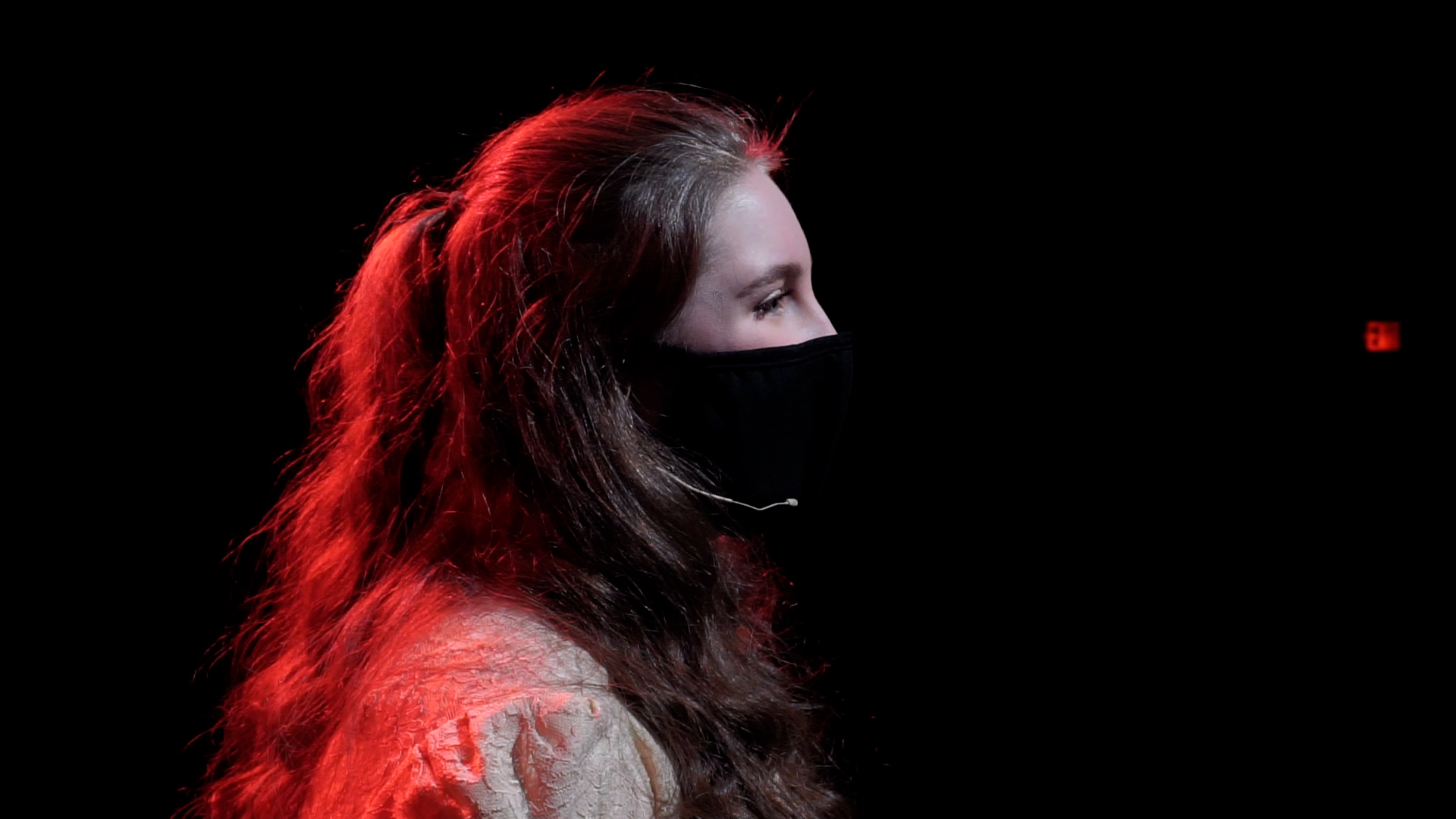 “I forgot how amazing it was to be on a stage, singing, and being with a bunch of my friends. It was certainly difficult to not have any physical contact during the entire thing, but it was still an amazing way of doing a show and it was just so amazing to come back to the stage. It really just felt like home to me, and nothing had changed.”

Pippin is the tale of a young prince who longs for passion and adventure in life. The production is a revival of the award-winning 1972 musical starring Ben Vereen. The play features dance, music, and magic by a company of clowns who perform Pippin’s story.

The production was rehearsed over four weeks during the Octomester and then filmed in the final week of the Musical Theatre course.

“It was just like, a big, long rehearsal that we’re kind of used to like we do at Dreamcoat Fantasy Theatre. Sometimes we’d have six- to eight-hour rehearsals. Of course, the process was a lot faster than what it normally is because we did only have three weeks of learning songs, learning, choreography, learning blocking, and then the last week was saved for filming the production,” said Byrne.

To enrich the student experience and learning, the production was double-casted, meaning there were two different versions of the same production: different actors play different roles.

Strict COVID-19 protocols were put in place during rehearsals and the filming of the production.

“We had to be really careful and follow the COVID-19 protocols set out by the board and health unit,” said teacher and director Allan MacAskill. “We made sure all actors on stage were safely spaced out and of course, everyone was wearing a mask.”

“Social distancing presented some challenges in staging certain scenes. We had to get creative, but we found again with the camera we were able to have it appear that two actors were very close to each other, but in reality, they were a very safe distance apart on stage,” he said. 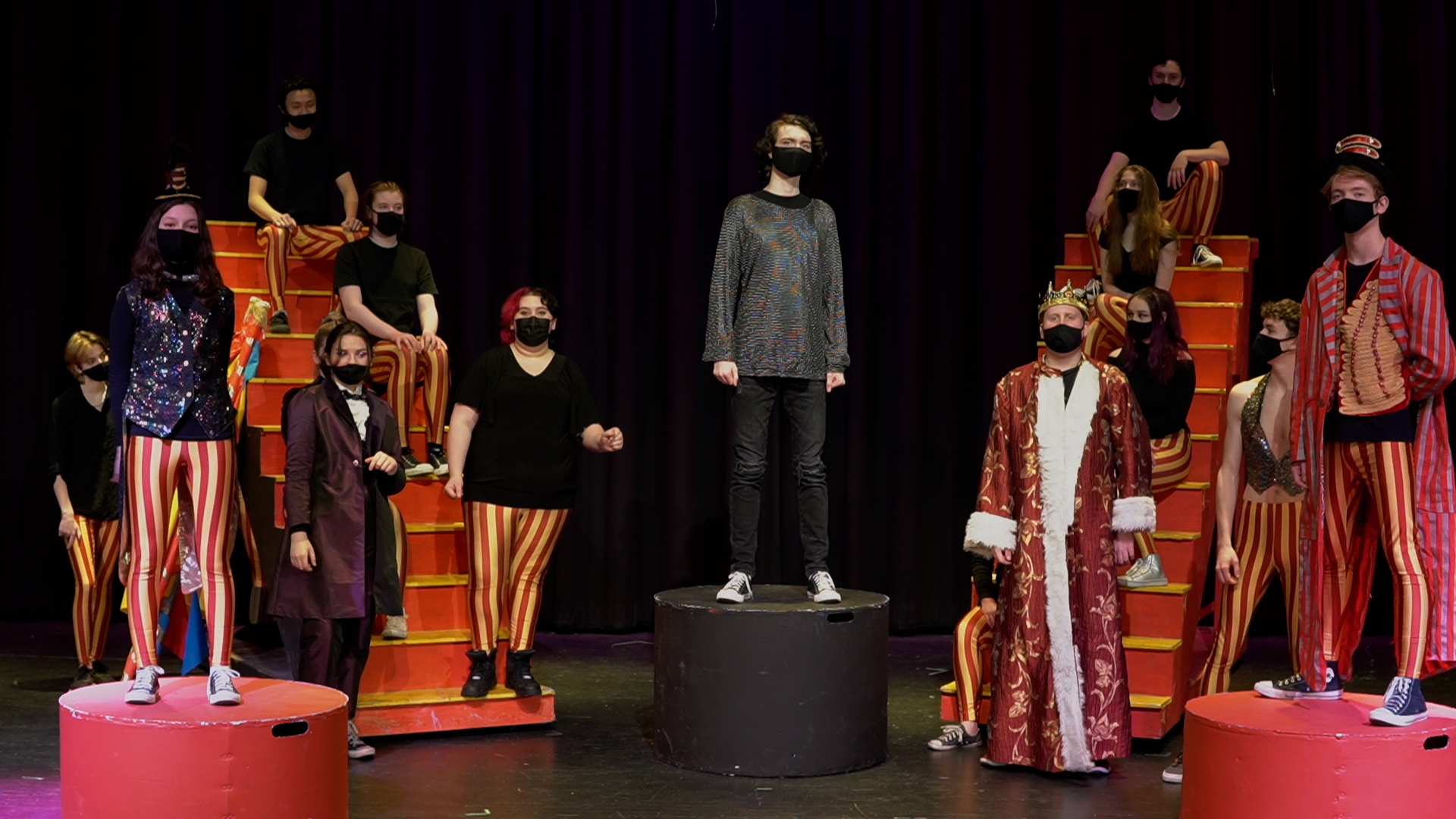 Both Devuono and Byrne knew early on that they had a true passion for theatre.

“When I was in Grade 4, there was a school play and I had one line but after doing that one line, I discovered my love for theatre,” said Grade 10 student Devuono. “I’m really interested in voice acting. I put a lot of emphasis into the voices of the characters and it’s so much fun to be someone who you weren’t yesterday. Acting is a lot of fun for me and something I really enjoy doing.”

“I knew acting, singing and dancing was something I wanted to do for the rest of my schooling career. So, once I got to high school, I joined Arts Nipissing and I love it,” said Grade 12 student Byrne. “The way I get to express myself; I like playing different characters and I’ve always been a big fan of storytelling and theatre is that exact thing. You’re telling somebody else’s story through your perspective, which I’ve always enjoyed.”

“This group of students, all 25 of them were really looking forward to this course and many of them have been involved in theatre since they were seven, eight years of age with Dreamcoat Fantasy Theatre. Musical theatre means the world to them,” said MacAskill.

After the production was shot and edited, Byrne shared her reaction to seeing the final product.

“It was awesome to finally get to sit down and watch the end result and see what the audience is actually seeing. It was cool to see it from the different camera angles because it was just like how a movie musical would have been shot. It was so well done and it was so exciting to see it all come together.”

“My family had a lot of good laughs from the production and they just they loved being able to watch it again,” said Byrne.

Devuono said he received “overwhelming positivity from my family and my friends” after the production screened.

“To see their smiling faces at the end of the process was a great reward,” said MacAskill.

The students’ musical theatre trailer can be viewed here.