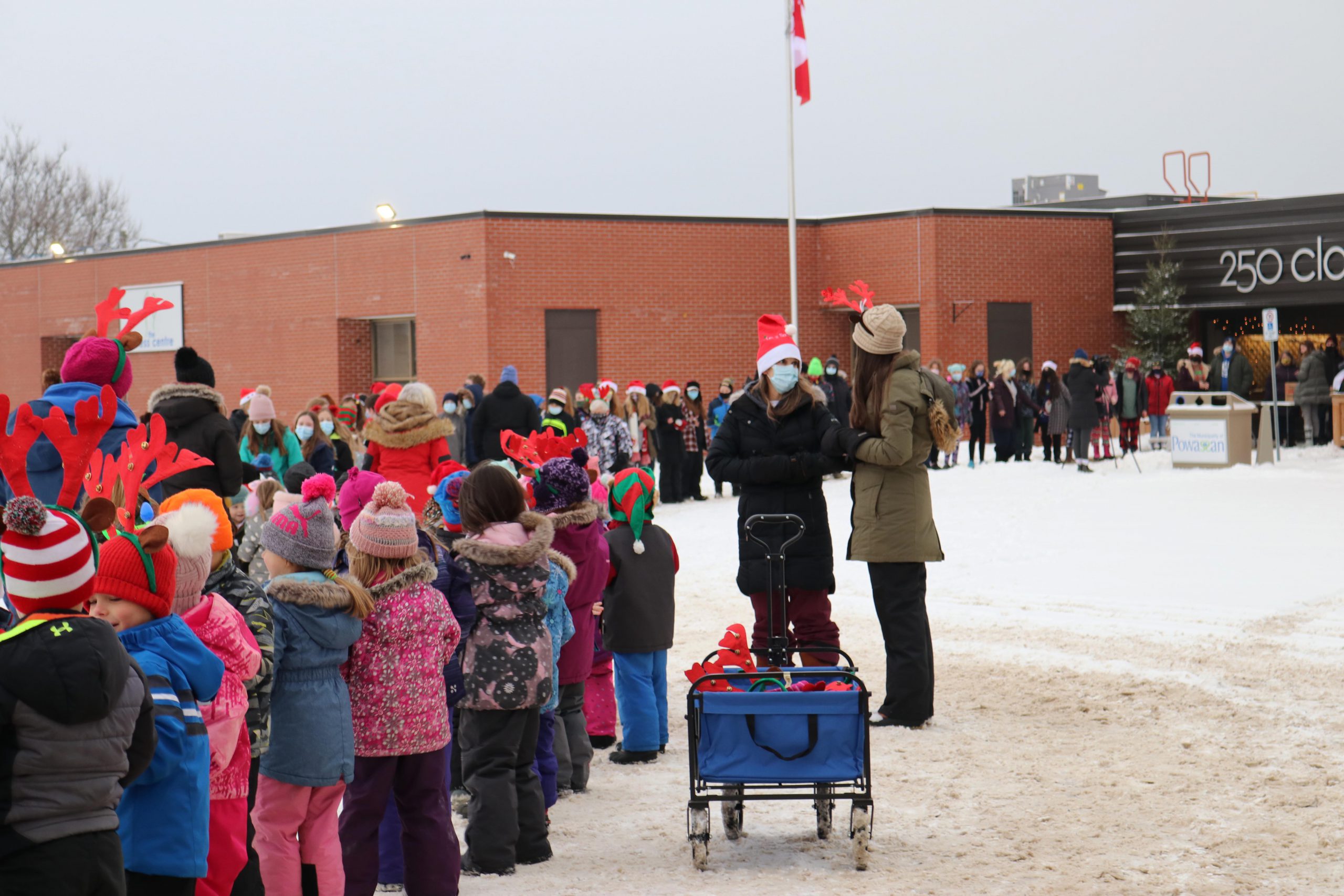 An annual tradition continues at Mapleridge Public School in Powassan. Now in its 18th year, the Jingle All the Way campaign sees the entire school community pull together to garner food and monetary donations for the Powassan and District Food Bank.

Students from JK-8 bring in donations for three weeks leading up to the big donation day. While under strict COVID-19 protocols, the human chain returned on Dec. 10. Students remained in their cohorts all while masked bringing the collected donations down to 250 Clark, which houses the food bank.

More than 250 students formed the human chain, and the annual passing of donations from one person to the next began until the items ended in the hands of a food bank volunteer to place in a box to be brought inside the food bank.

Grade 8 student Jane Piper who has been a part of this event for 10 years, noted she has always had a strong desire to give back to those in the community.

“Giving back has always been something that I've wanted to do,” she said. “Ensuring that everybody has something is important to me. If I just have a house and food, that's all I need, so I could donate a lot of stuff to people or if somebody needs help with something, I can do that.” 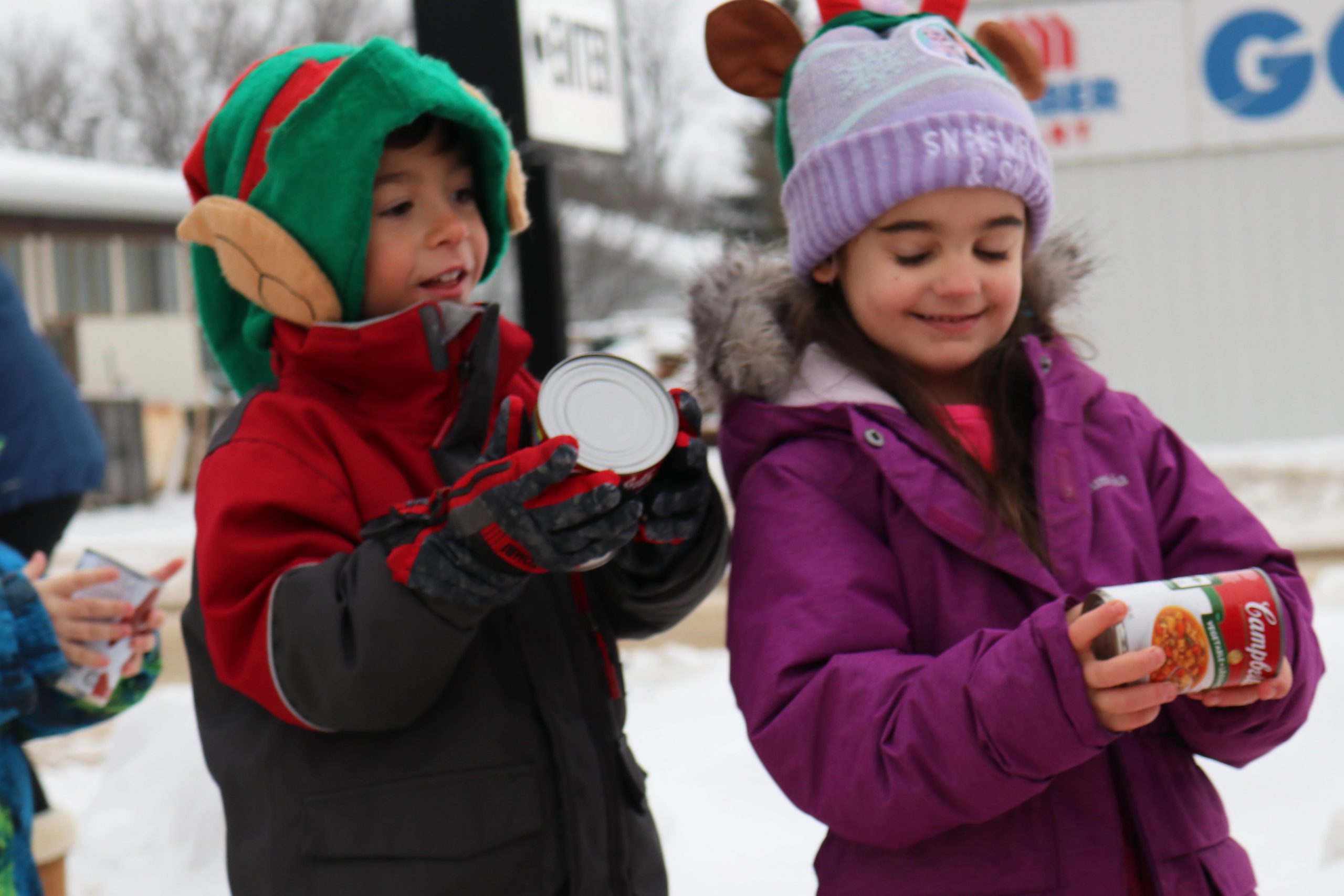 Piper noted you don’t need to donate a large sum of money to make a big impact.

As the chain of students passed each non-perishable donation up to volunteers at the food bank, Diane Cole, assistant coordinator for the Powassan and District Food Bank was moved by the act of giving.

“This shows what a giving community we live in and our children are taught early on what it is to help the community. I think acts like this show why we have such giving adults and children,” she said.

Principal of Mapleridge Public School, Alison Clarke, said it’s important to teach students from an early age what it means to be a part of a community.

“We're teaching children about the importance of giving and the human chain is a nice hands-on idea. For some, it can be an abstract concept, if they know they're just bringing food into the school, but then they don't really know what's happening after that,” she said. “Some students, we hear them say, ‘we're going to have a big feast?’ and so it allows for a learning opportunity to say no, it’s going to the food bank for community members to access.”

Clarke noted this allows for a conversation about sharing with those who may not have as much. 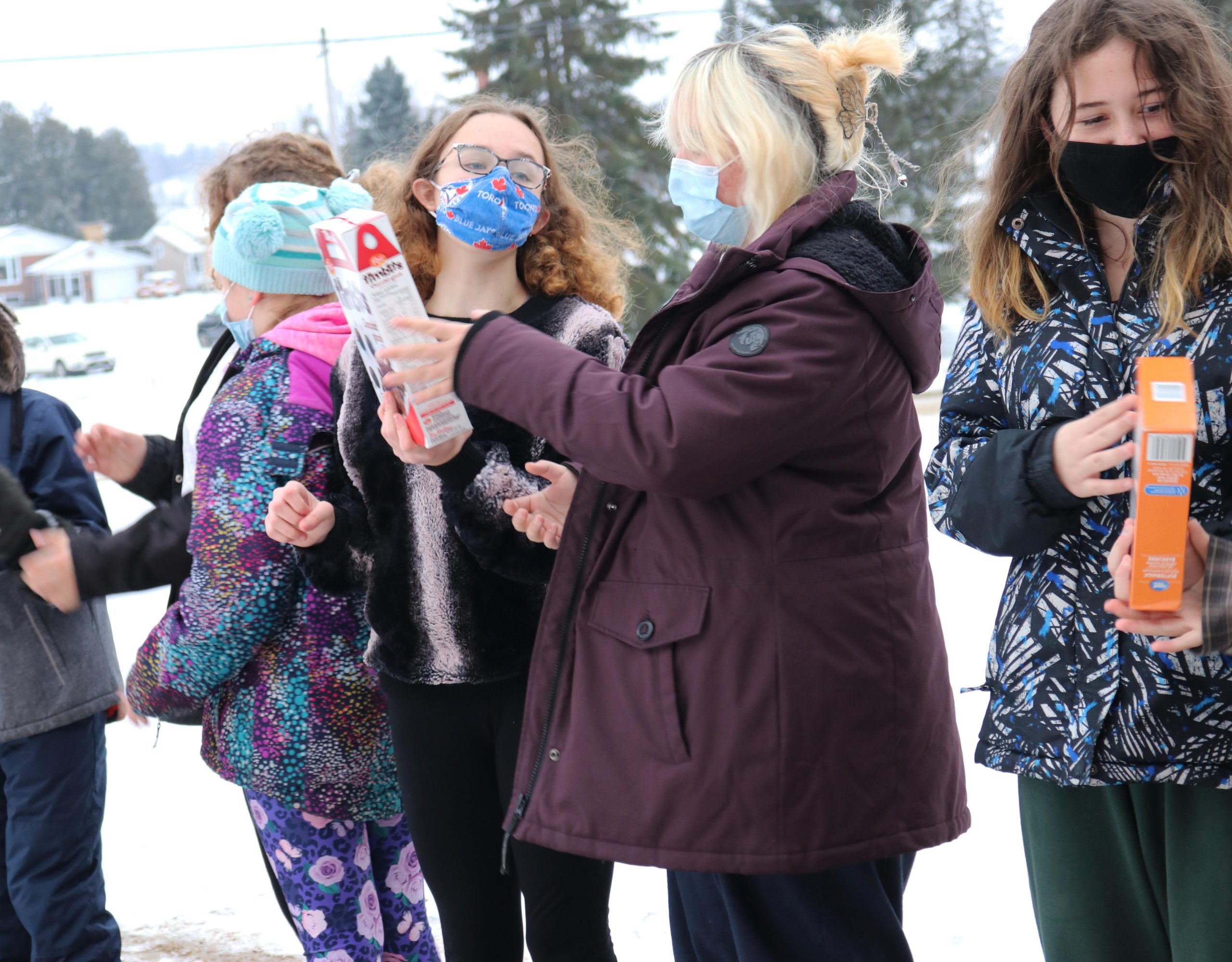 Grade 8 student Vienna Driscoll explained that any donation, no matter how big or small is important. “Even if it's just a small donation, it's still helping someone. It's not difficult to give and help other people.”

This campaign comes full circle. Before becoming the Powassan and District Food Bank, 250 Clark was the Powassan Junior Public School, the school where the Jingle All the Way campaign began. Following the merger of the two Powassan schools, the annual tradition continued at Mapleridge Public School.

“When you do something for a number of years, sometimes they lose their momentum, or they get stale, or they lack the support, but this event is still going strong. I anticipate this will continue to go on for many, many more years, which is a testament to how important it is to our school and the larger community of Powassan,” exclaimed Clarke.

More than 700 items and $700 was collected during this year’s campaign, which Cole noted will keep the food bank going well into February.

“We really appreciate all the children doing this and I think it shows such great community support,” said Cole. “We're bringing our children up properly to let them know that there are less fortunate people in the world and they need help and not to look down on them.”

As Piper reflected on her final Jingle All the Way event, she noted how great it has been to see the school community pull together all these years. 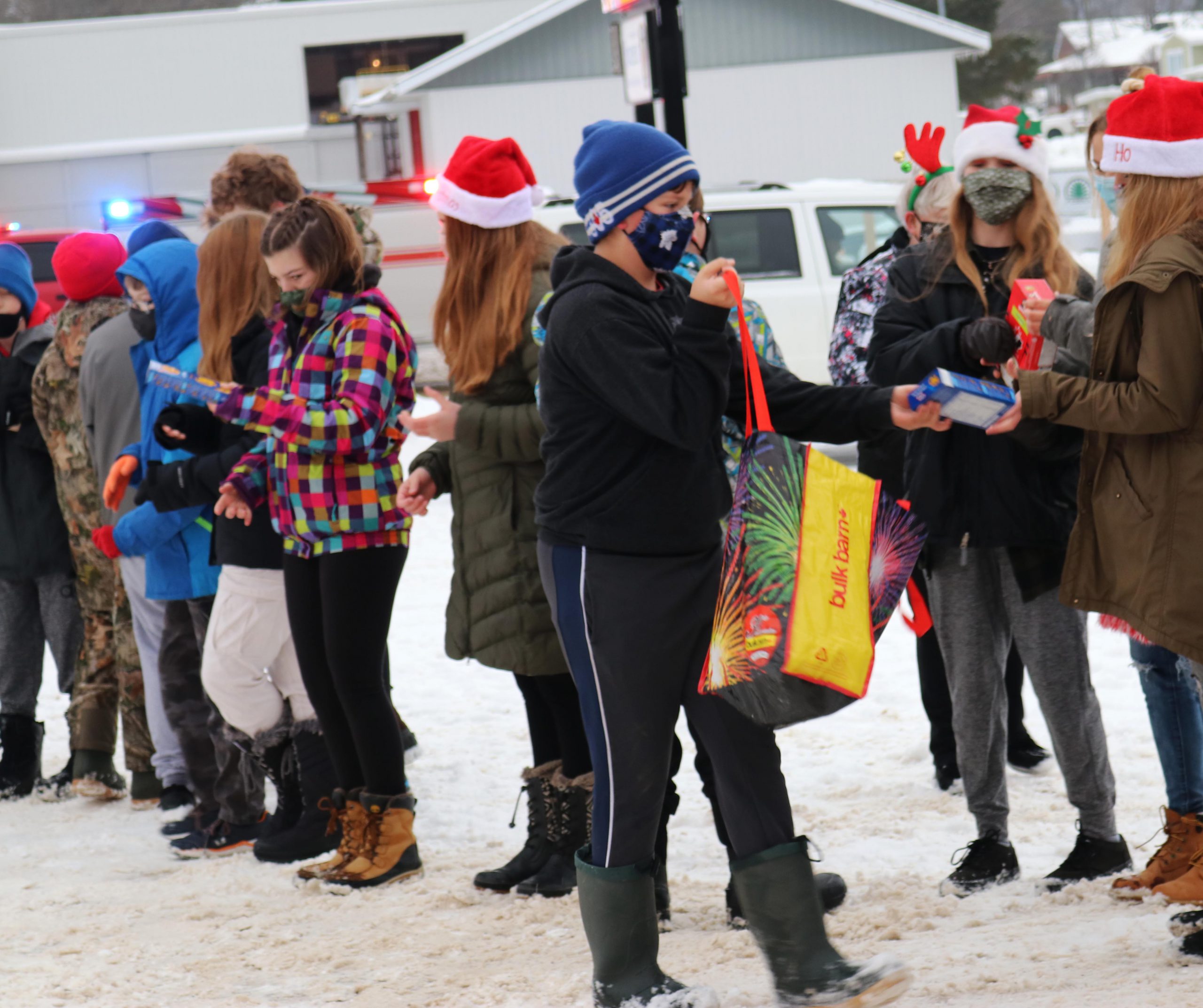 This event is just one of many events that Mapleridge Public School students participate in for the community.

“It’s something we can all do together as a school to give back to our community,” said Driscoll. “It feels good to help and contribute towards that.”