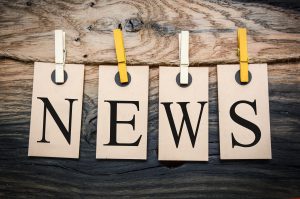 DECEMBER 20, 2017 – Last evening at the Annual Organizational Meeting of the Near North District School Board, David Thompson was voted in as Chair.

Trustee James Beatty was acclaimed for his fourth consecutive term as Vice-Chair. Mr. Beatty has served on the Board as a Trustee since 2010.

The Near North District School Board is an English language public school board providing French Immersion and Extended French programs in 28 elementary schools, 7 secondary schools, an Adult and Continuing Education Centre as well as two Alternative Schools, within the Districts of Nipissing, Parry Sound and a portion of Muskoka (the former Freeman Ward of the municipality of Georgian Bay).