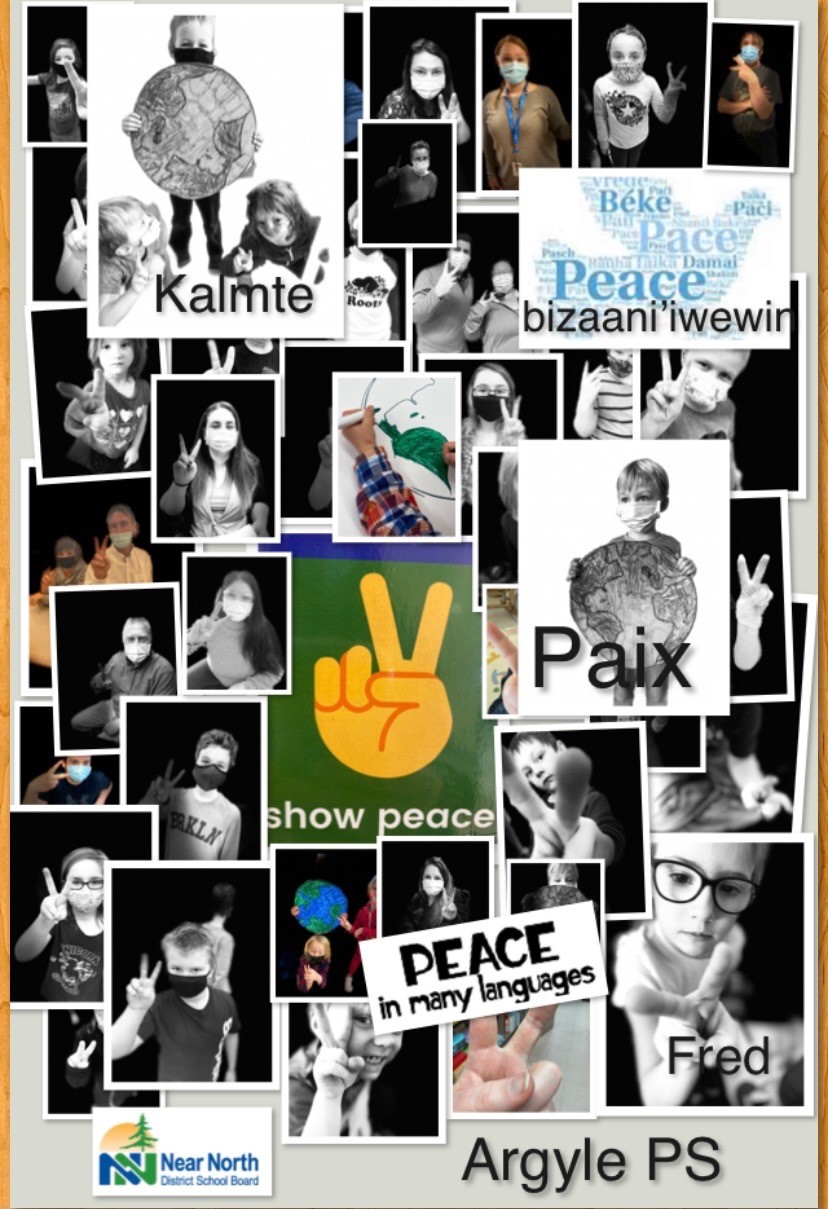 Congratulations to the four NNDSB students who were recognized yesterday as Students Who Make a Difference during the North Bay and District Multicultural Centre’s International Day for the Elimination of Racial Discrimination event.

Vibha Srinivasa, Jane Lathangue, Nick Goulard and Abigail Truong were nominated by their school communities to be recognized at the event.

COVID-19 forced the celebration to be held virtually instead of in person, but that meant many people were able to attend virtually from their homes and schools. The event was recorded and can be found on the North Bay and District Multi-Cultural Centre’s website.

Below are synopses of the nomination details of the four NNDSB students acknowledged during the ceremony.

Vibha Srinivasa is a student at E.T. Carmichael Public School. She was recognized for making exceptional contributions to the classroom and enriching the lives of people around her. Her plaque reads, “Vibha is often seen helping her peers academically withing the classroom and socially during recess breaks.” She is someone who seeks out challenges and is happy to try new things. “Vibha is recognized for her ongoing commitment to supporting others, working hard on everything she does, and always coming to school with a positive attitude”.

Jane Lathangue is a student at Alliance Public School, who was recognized for her willingness to help peers and educators. Her classmates have described her at “a hard-working student who is loyal, genuine and kind”. In addition to working hard to improve her reading and writing fluency, Jane enjoys daily outdoor education time in the school’s forest area, where she is curious about her surroundings. Jane wants to make the world a better place and is seen as “one of Alliance’s students who makes a difference every day with her kind heart and positive attitude.”

Nick Goulard from Northern Secondary School was acknowledged for his infectious positive attitude. His plaque reads in part that he is a “natural leader and shows great school spirit and he encourages all students to participate in activities offered at the school.” In addition to being a peer tutor, Nick has been part of student council, the cross-country, badminton and curling teams, helped homeowners with sandbagging during the Jocko Point flood, and regularly helps at the local food bank.

Abigail Truong of West Ferris Intermediate Secondary School was nominated by the Grade 7-8 teachers for being a student “who goes above and beyond and does a lot to help out in her school and community.” Abigail has built a virtual animal and plant cell model that you can walk through in Minecraft, and completed the Duke of Edinburgh Challenges, which is a physical fitness and skills challenge with civics and leadership components. Abigail is recognized as “an all-round good person and helpful student in her class.”